A Walk in the Park

Spending a couple of days in Yellowstone National Park, taking in the sights and sounds of fall, is becoming an October tradition of mine. This past weekend I visited the Mammoth Hot Springs and Tower Junction regions of the park. Early mornings and evenings found me hiking the meadows and aspen glades with a camera and telephoto lens, attempting to photograph rutting elk. Mid-day hours were spent fishing the Gardner River. Moon lit soaks in the Boiling River, and drinks at the Blue Goose capped things off at night.

The photography and the fishing weren't quite as productive as I'd hoped for, but it was enjoyable none the less. Anyone who tries to tell you that it's easy to consistently capture good photos of mature bull elk in Yellowstone probably hasn't tried it much. Some photographers drive the highways through the park day in and day out looking for roadside wildlife, but that isn't my style, and isn't as effective as you might think. Instead I opt to set out on foot, covering lots of country and hoping to find myself in the right place at the right time. Away from the roads, the park's wildlife becomes surprisingly wary and largely intolerant of human presence. Once a photogenic subject is located and successfully approached, there is the issue of lighting - the element that often separates a good photo from a bad one.

On numerous occasions this weekend it almost all came together for me, but not quite. More than once I had other "photographers" brashly approach and spook bulls that I had worked so hard to stalk within range of. Warm temperatures had the elk heading for dark timber before the sun crested the horizon each morning, making for challenging, heavy contrast lighting conditions during shooting hours. Just like with fishing, I can find plenty of excuses for why the big one got away. Here are a few of the better photos from the weekend: 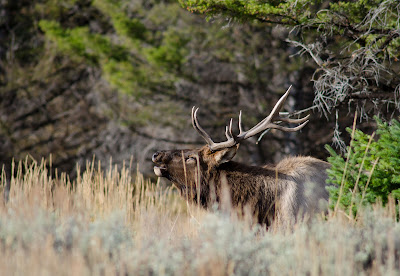 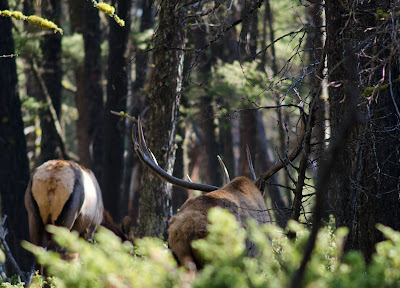 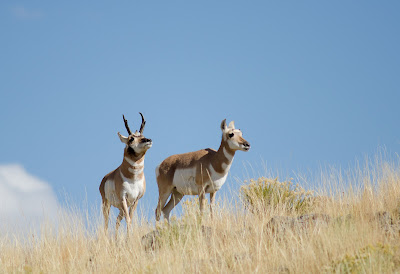