I was recently amazed to witness a brown hammer a streamer, only to bring the trout to hand and find the tail of a sculpin protruding from its maw. The sculpin was partially decomposed, and looked like it had been in there for quite some time. Despite having a mouthful, we suspected the trout was starving. It appeared that he'd bitten off more than he could chew. Or maybe it would've all worked itself out in the end. None the less we intervened and carefully removed the sculpin... all seven inches of it! Evidence that huge sculpin patterns have their place. 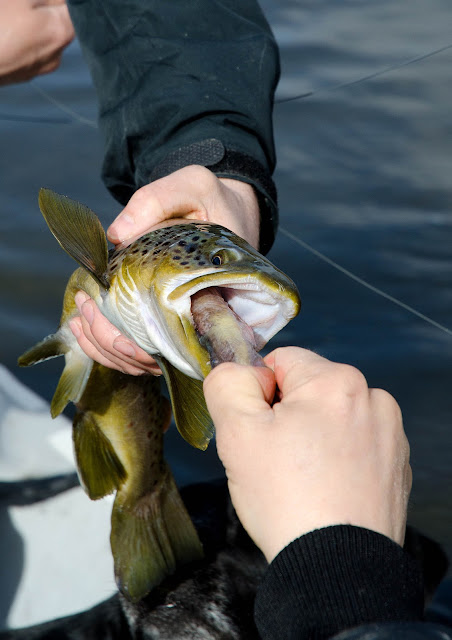