The Season of Plenty 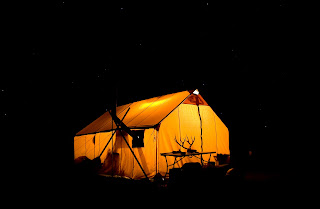 Autumn is a time cherished by sportsmen, anglers and hunters alike. Dedicated anglers will find that they increasingly have the streams and rivers to themselves during fall. Here in Montana, archery big game season takes a few rods out of the equation, the pheasant season opener takes many more and the rifle big game season really diverts a good deal of fishing pressure.

I'm one of those guys who tries to do it all. I like to think of myself as a two-sport athlete, perpetually torn between two loves - much the way Bo and Deion were between the gridiron and the baseball diamond. 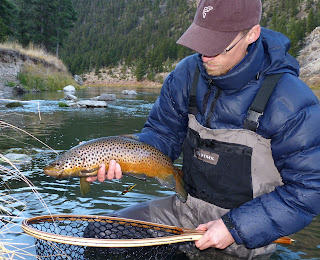 To make matters worse I work in media sales, an occupation with an extremely heavy fall work load. With companies planning their marketing budgets for the coming year during Q4, it is a crucial time for the lowly salesman as he presents scores of proposals to companies.

Yet, I've had a great fall season. Last week I harvested a mule deer buck in the Missouri River Breaks, a hunt that I was able to share with my Dad. For those interested I've been posting daily accounts from that hunt over on the Montana Sporting Journal blog. I've done a good deal of elk hunting as well, spending a few days in the Crazy Mountains for the season opener, followed by day hunts in the Madison Range when time has allowed. I certainly haven't been fishing as much as I'd like to, but I have had some good days out. 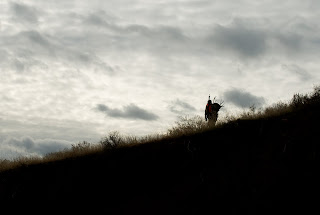 A trip to the Ruby not too long ago was enjoyable, a day spent throwing streamers for browns - a few of which even participated. I also did an overnight trip to the Missouri River, where I caught a great brown (22") on a streamer and several nice rainbows drifting a bead set-up - and of course there was the big one that got away. And between all the comings and goings, I've spent some quality time on the Gallatin River during evenings after work. The streamer bite has been consistently good, in fact these evening sessions behind my house have really solidified my belief in the Sex Dungeon, but alas the streamer bite is starting to wane with the colder water temperatures. 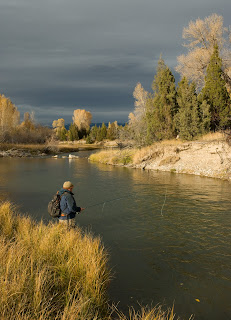 In a sense I'm looking forward to things slowing down a bit soon, and to doing more fishing. I've reluctantly had to turn down recent invites from friends to go fishing! Then again, upland bird season stretches through the New Year, and waterfowl beyond that. I've already got a December pheasant hunting trip to eastern MT on the calendar...and so it goes.