Wolves and the Wyoming Effect 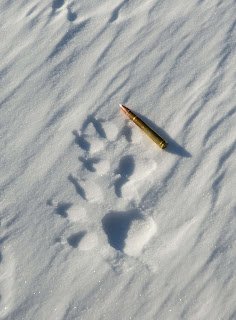 I am an angler, a hunter and a conservationist. These interests are derived from a deep love and respect for the natural world. I'm best described as a sustenance hunter, not a trophy hunter. I have no desire to kill a wolf, and I hope that I'm never in a situation which necessitates such a measure. Regardless of my personal choice to abstain from hunting wolves, there is absolutely no doubt in my mind that the time for sound, state level, wolf management is upon us.

The respective fish and wildlife management agencies for the states of Montana and Idaho have displayed a good deal of aptitude for managing gray wolves at the state level; the same can not be said of Wyoming. As is the case with The Cowboy State, a fierce independence and belief in individual state's rights is all well and good, until it isn't.

For those of you not following the recent ruling by District Judge Donald Molloy in Missoula, Montana - Wyoming is to blame (or thank depending on your viewpoint) for the recent re-listing of the Northern Rocky Mountain gray wolf population under the Endangered Species Act (ESA).

Idaho and Montana implemented biologically sound, federally approved, wolf management plans. Meanwhile Wyoming has its head stuck in the sand with a 19th century-esque wolf management policy essentially calling for an unlimited number of wolves to be shot on sight throughout wide scale "predator zones". Wyoming has failed to improve upon their ill conceived wolf management plan, a fact that is now impeding state level management of wolf populations in Montana and Idaho.

The reason that Wyoming's wolf management policy is such a problem is that Molloy is interpreting the protection provided to wolves under the ESA to be a blanket protection for the Northern Rocky Mountain gray wolf population as a whole. He doesn't interpret this protection as such to allow for the de-listing of the population in segments (states). Molloy said that, "The whole Northern Rocky Mountain wolf population must be protected, not just those in Wyoming, where state law is considered hostile to the species survival."

You can point your collective fingers at Molloy, and his singular interpretation of the ESA, all you want, but this decision truly is the result of Wyoming's stubbornness. Unless something changes in regard to Wyoming's wolf management plan, the 9th Circuit Court of Appeals may very well make the same ruling that Molloy did.

Perpetual federal protection of the gray wolf in the Northern Rockies has the potential to curb big game hunting opportunities, and therefore the revenue generated by hunting license sales and a significant source of funding for state fish and wildlife agencies. The reverberations of such a fall out could have substantial negative implications for wildlife (non-game species included) and fish throughout the region.
at 12:04 PM